What is Scrabble – Some Basics!

Scrabble is a word game where a set number of players 2 or 4 play, and score points by placing tiles on the game board to form known words, probably one that can be defined by the official scrabble dictionary. Each tiled letter usually has a point that adds up when you form a word.

This game follows the crossword puzzle and plays downwards or from left to right. You should also note that different levels have different word listings. The higher you go in terms of level, the difficult the words and the game become. 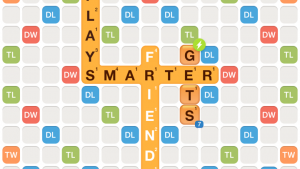 Brief History, Foundation, and Sales of Scrabble Board Game

Scrabble is one of the most popular games in the world. It is available in 29 languages and has been through many transitions since its foundation, from creation to naming.

Mr. Alfred Mosher Butts started to work on Scrabble during the great depression in 1931. Mr. Butts was a local unemployed architect who had nothing but time in his hands. Therefore, he started playing around with his hobby, word games. It took him 7 years to come up with a viable game. This was in 1938. 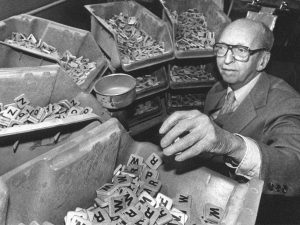 Mr. Butts idea was to create a game that was part skill and part luck. As a result, he started counting letters on the pages of The New York Times, to determine the frequency in which they were used in everyday language. The result was a game called LEXIKO, today renamed as scrabble.

He applied for a patent but was turned down, so did the manufacturing for the game, which he asked the Parker Brothers, Mr. Milton Bradley among other giant toymakers.

Nonetheless, he continued to make more games over the next five years, giving them as gifts to family and friends as well as selling some.

However, as a business, it was not a success. For this reason, he decided to upgrade it a bit by combining it with a game board that would allow players to combine words in the same manner as a crossword. Patent and manufacture for the new upgraded game were denied again, so he put it to rest until after World War II.

Mr. Butts would later be contacted with one of the original owners of Scrabble, Mr. James Brunot a former social worker. Mr. Brunot found the game interesting and had an idea to market it. He was looking for a startup business he could do at home and was eagerly ready for the work. They immediately came to an agreement with Mr. Butts on its manufacture and sales, and Mr. Butts on the receiving end of small royalties of each copy sold.

Mr. Brunot worked on the game a bit more, made some minor changes, and simplified its rules. He also changed the name from Criss Cross Words to scrabble. Scrabble was trademarked and manufacturing begun in Mr. Brunot’s living room. It later moved to an abandoned schoolhouse.

One Christmas vacation, the Chairman of Macy’s enjoyed the game and asked for some copies to be sent to his office. He wanted to stock Macy’s with it. He would later develop a promotional campaign for it to attract more buyers, which he succeeded in by selling more copies of the game.

Macy’s campaign made this game very popular, decades ago and with that came its high demand which Mr. Brunot and his workers found hard to keep up with.

Scrabble was later licensed to Selchow and Righter, but Mr. Brunot kept the rights in order to produce deluxe versions, which means the pieces were made from plastic.

However, through various company sales as well as merges in North America, scrabble came to the possession of Mr. Milton Bradley. This was 53 years later after he had turned down its manufacture. Later on, Hasbro would buy Milton Bradley, as COLECO buys Selchow and Righter. The list continues as Hasbro buys COLECO and then the Parker Brothers.

As for Mr. Butts, he lived long enough to see his brainchild game, scrabble live and become more popular than he had ever imagined. He played it until his death in April 1993.

How is scrabble played today?

Scrabble is a universal game for anyone from the President to caregivers. It is very iconic to the point that many scrabble tournaments are held year in and year out in different countries around the globe. The first scrabble tournament was played in 1991, setting a great path for more to follow.

Moreover, some schools even use it as an education tool for English lessons. Therefore, you can play it as a sport or just for fun and leisure.

Its collection is also very common, especially for the old antique versions. This is highly common among Lexicon lovers who want to appreciate its development and maturity over the decades. They are hard to find but avid lovers would climb mountains just to see it if not to own one.

However, for most players, owning one board provides lifetime memories filled with joy and laughter among friends and family.

Besides, you can always celebrate its creation on National Scrabble Day, every 13th of April each year. This is the birthday of its only inventor Mr. Alfred Mosher Butts.

Conclusively, Scrabble word finder has been here for decades and though a lot has changed over the years. It is always for the best, as its sale keeps getting higher by the year. It is a game for everyone, old or young. It is never a dull day with a scrabble board game.

Therefore, if you have been playing it for a while and have no idea how it even came into creation. There you have it, a brief history of its creation and numerous sales.

Consequently, you can now enjoy the game more, knowing what you know. You never know, you might turn into a Scrabble fanatic.