Scrabble combines the best aspects of language and strategy, but scoring especially for newbie players isn’t easy. Since this is a word based board game, if goes without saying that your mental dictionary is your best friend, and must be used to its full potential. 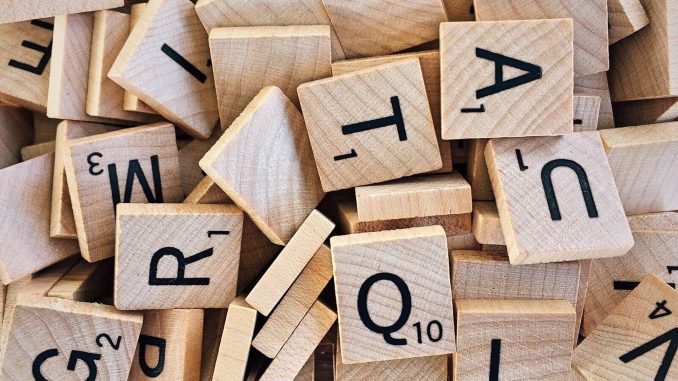 If you’re a novice player trying to get your feet wet with the game, here are 10 Scrabble beginner tips to help you enjoy a few winning streaks.

Even though this one is obvious, you’ll be surprised at the large number of players that do not read the included instructional manual before heading to the board. Not reading the instructions of Scrabble is one of the biggest mistakes beginner players make as the instructions do also provide several tips to help you learn a few tricks about the game. One of the tips is to learn as many valid two and three letter words as possible, and there are several websites that can help you do this.

Maintaining a ratio of 3:4 of vowels to consonants will provide you with more options to make words regardless of the plays on the board. Once your rack is balanced, try playing this same combination each time to maintain your deck.

If you’ve played poker or most other card games, you should know how to go about this in Scrabble too. Challenge your opponent if you don’t know what a certain word means, because in some cases they may be playing fake words and trying to bluff you. The downside to this is that you may lose several turns and ultimately the game, but on a brighter note will also help you learn new words and store them in your long term memory.

It is important that you do something with every turn whether it’s blocking a spot your opponent could use, giving yourself a hook for your next play, improving your rack balance or just playing the best word you can. What you should refrain from doing with your turns is hold onto blanks, use high point letters in way that doesn’t maximize their value, and play one single tile in the hopes of drawing a specific one from the bag.

There are eight triple letter word squares spread around the perimeter of a Scrabble board. These squares are generally indicated in orange and labeled ‘TW’, short for Triple Word. Making words with good point letters like K, P, F or M and higher point letters such as J, X, Q or Z can help you accelerate the points on your scorecard. However, you need to ensure that it’s you raking in the points, and not your opponent. When in game mode, be extra careful around these squares, so that you don’t set them up for your opponent.

The letter S is an easy way to hook off other words on a Scrabble board. For example, if your opponent plays the word AEROPLANE, adding an S to it will get you those points and the S. Apart from the letter S, there are several other letters that can be used as hooks such as O added to Mega and M added to All to make Omega and Mall respectively. Prefixes and suffixes such as UN-, RE-, –ER and –ED also serve as great word extenders especially when used to extend a word over a double or triple word square!

Beginner Scrabble players often only aim to intersect words on the board, but fact is that you rack up points really quick by overlapping words. Take for example the words Fig and Holed in the image below, where both are overlapping the word Fazed by two letters. 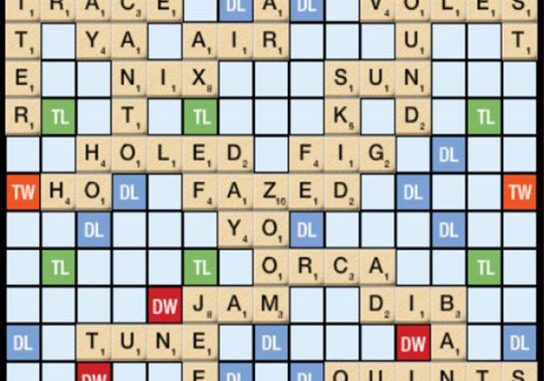 In this case, you get points in three words instead of one, so try and overlap words on the board by at least two or three letters. This Scrabble strategy can help you gain points really fast especially if you have a deck full of 1 point letters.

You get a whopping 50 points if you make a word in one play using all 7 letters in a rack aka Bingo! Although hitting bingos is not easy, you should aim to score at least one bingo per game. Blank tiles are similar to wild cards in Uno, and although they have zero value, they may be used as any letters. As an example, if you want to make the word Oxyphenbutazone, but don’t have an E, you can use a blank tile as a substitute.

Even though the rules of Scrabble do not allow the use of a dictionary or apps, it is a great way to make your way to tournament level. Apps such as Quackle can help you work out highest scoring words, and get ahead of the game.

Want to learn how to play Scrabble like the pros? The 10 tips for Scrabble beginners are a great way to start, and outscore your opponents.