Scrabble can be played by two to four players, and is easy enough to be played by children as young as eight years old. The basic objective of the game is to score more points by placing letters with different point values than other players on the board.

But just like most board games, Scrabble is governed by a set of rules, some of them that are pretty straightforward, and others that may cause confusion among some players.

If you’re playing with your grandma, some of these rules can be tweaked to make her smile, but if you’re playing in the big leagues, here are the Scrabble rules you need to stick to.

Highlights of the Scrabble Board

Getting to the Scrabble board first, it is spread across a square grid, which comprises of 15 cells high and 15 cells wide. Each of these cells can either be blank or assigned with a point multiplier value, and are color coded for easy recognition. 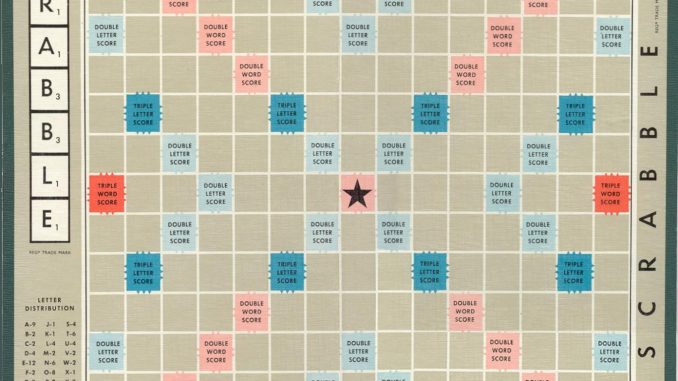 The 100, square shaped Scrabble tiles are emblazoned with letters and their respective point values, except for two blank tiles, which as you might have guessed serve as wild cards. Although the two blank tiles do not have any point value of their own, they can be used in place of any letter of the Alphabet.

The points for every letter are the same, and the more tiles there are of a certain letter, the lower its points. Here are the tile values for each letter: 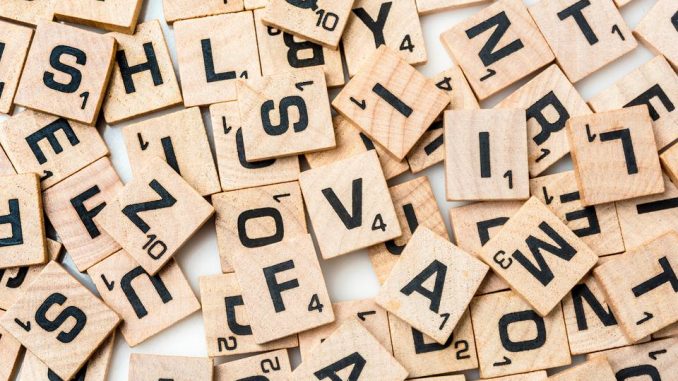 The color coded, multiplier squares on a Scrabble board basically boost the number of points of the tiles that are placed on them. This can be 2x, 3x or the total value of the word rather than the single point value of one tile.For more tips and information,click here.

Double letter scores – as the name suggests, placing tiles on these isolated squares fetches you double the value of the points of the tiles placed on them.

Tripple letter scores – the single dark blue cell on the board is worth triple the amount of any tiles placed on it.

Double word scores – these are set diagonally across the board towards the four corners and are pink in color. Words that are placed on these squares are double their entire value and not just one single letter.

Triple word scores – these dark red square is what you should try and aim for, because it offers triple the points of an entire word placed on them. They are locates at all four corners of the board, and at an equal distance away from the corners.

Before beginning the game, it is important that you set the ground rules first, because as mentioned earlier some players may not be used to playing by the book. Additionally, all players should agree on a dictionary to refer to when in doubt if a particular word is real or fake.

All the tiles are to be placed in a bag including the two blank tiles and mixed well. Each player is provided with a tile rack to place their seven tiles, which much be placed in front of them. To decide which player goes first, each player will take one tile from the bag, and the one who draws the closest letter to “A” or a blank tile will begin the game. In the event that two players draw letters closest to “A”, they will need to redraw again.

Once the order of the board is decided, each player will then begin their turn by drawing seven tiles, and place them on their racks. Scrabble offers three gameplay options – placing a word, exchanging a word for new tiles or passing up a turn. Most players will try to create words whether small or big, because the other two options will result in no score.

In terms of exchanging tiles, players have the option of exchanging one or all the seven tiles they have on their rack, and as a result miss that turn and have to wait for their next turn to make a move. Players can also pass at any times, but this means that they lose their turn and have to wait for the next one to play. If any players forfeits their turn twice in a row, the game ends and the player with the highest score at that time wins the game.

The player who plays first will plays firsts kicks off the game by placing their word on the star spin in the centre of the board. This star represents a double square, so any word placed on it will be rewarded with a double score. The remaining players build their words off the first word, consequently extending their reach to other areas of the board.

Players will draw new tiles to replace the ones played on the board to maintain a rack of seven letters at all times. All words that are played must be legitimate, and valid in a reputable dictionary. Players have the option to challenge a word that they think is fake, but the pitfall to this move is that they lose their turn if that word is indeed real.

A player that uses all seven tiles from his or her rack to create a single word in one play receives a bingo of fifty points. However, if the game is nearing the end, and players do not have seven tiles on their rack to make a single word, no bonus is awarded for using the tiles left.

The winner of a Scrabble game is decided when all the tiles in the bag are used up, and one player has used all the tiles on their rack. The player with the highest point score is declared the winner of the game.